18 Feb Is the raw food diet worth your time?

Posted at 01:29h in Nutrition by Angela 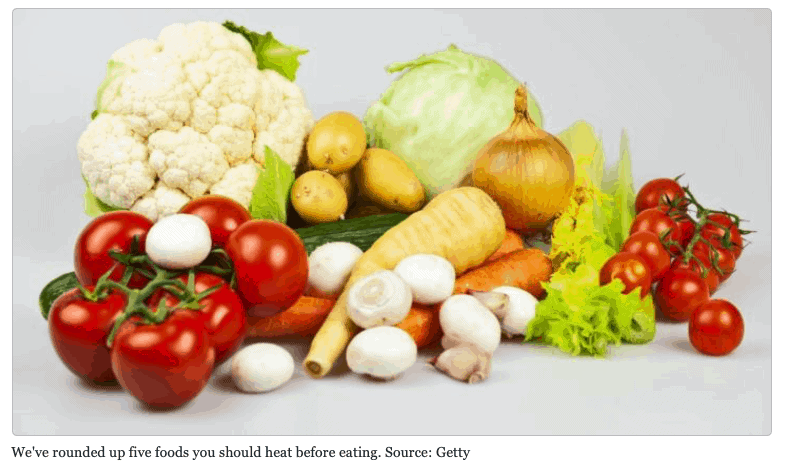 WRITTEN BY Angela for Starts at 60 Writers
In Food on Sunday 3rd Feb, 2019

These veggies are healthier when cooked

The raw food diet has gained a lot of attention over the past decade. Those who follow the diet believe that cooking foods, such as fruits and vegetables, destroys important vitamins and minerals and that eating them in their natural form is a far healthier approach.

“Whilst eating raw food appears to be a healthy way to eat, it’s not for everyone,” she says. “Additionally, when you steam a vegetable, you’re less likely to add other filler ingredients which could remove the original integrity of the vegetable,” Angela adds.

That being said, Angela notes that some studies suggest boiling causes vegetables, particularly leafy greens, can cause them to lose nutrients. However, other veggies such as cauliflower, peas and zucchini have shown to maintain “the highest level of their antioxidants” when boiled.

But it can be tricky to know how you should prepare fresh foods to get the most nutrients, so with the help of Angela we’ve rounded up five foods that are better for you when cooked. Read Full Article